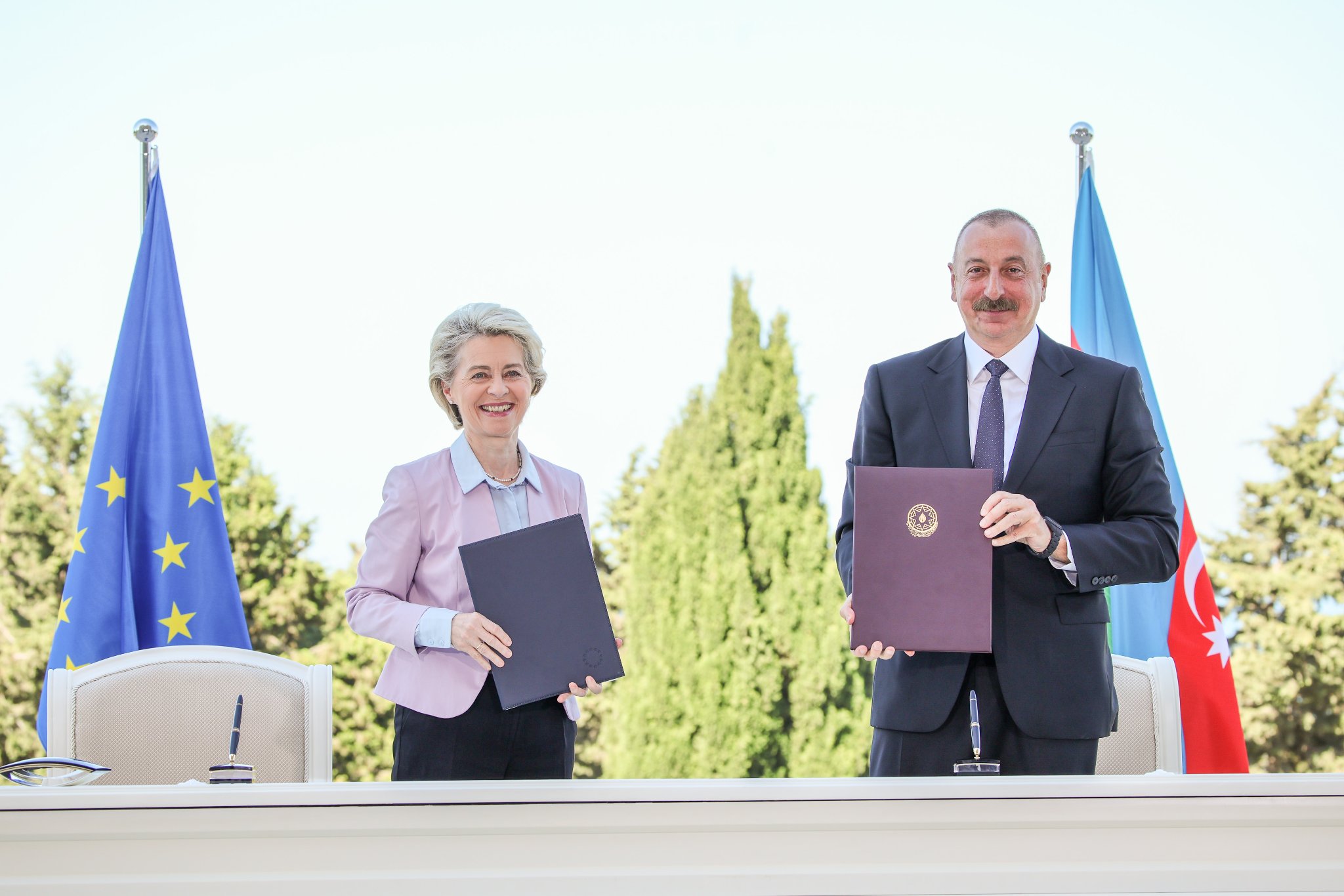 On 18 July 2022, during the visit to Baku, the European Commission President Ursula von der Leyen and the President of Azerbaijan Ilham Aliyev signed a memorandum of understanding, which intends to double imports of Azeri gas through the Southern Gas Corridor to at least 20 billion cubic metres a year by 2027.

Thus, the European Union signed a  gas deal with Azerbaijan, a fully autocratic regime and an aggressor country, whose actions violated the international humanitarian law, and whose war crimes perpetrated in Nagorno-Karabakh (Artsakh) only two years ago, continuous human rights crimes,  armenophobic racist policy and their consequences have not been properly addressed, have not been censured and made accountable for.

This gas deal signed with Ilham Aliyev continues the vicious approach that a corrupt dictator and aggressor can still be a “good partner” to an international body functioning on the values of democracy and human rights.

Whereas, this deal is essentially the reproduction of EU’s policy of energy cooperation with Russia’s anti-humanitarian and anti-civilizational regime that lasted for years on end and encouraged Putin’s regime to continue its aggression and war crimes against Ukraine. It is unbelievable and extremely concerning that it is not yet clear to the European Union that almost two decades of impunity and the real-politic’s “feeding and nurturing” have got Putin’s regime to what it has become today. Ultimately, it turns out that the democratic Europe is ready to compromise its values for the sake of the economic prosperity of this instant.

The fight that Ukraine is currently fighting by confronting the aggression of Putin’s regime, the biggest challenge to the international law and human civilization since the second world war, deserves more principled, fair, long-term solutions, even if they are more expensive.

Only with such an approach is it possible to confront, prevent and put an end to dictatorial countries’ illegal actions, and their practice of solving international issues through blackmail.

The contract between the European Union and Ilham Aliyev is not the message that the international community, countries and societies of the region should get during the period of the war unleashed by Putin’s regime against Ukraine.

Rewarding one corrupt aggressor dictator to punish another one inevitably undermines international justice and encourages impunity and the use of brute force as effective means of international practice.

The Western democracies must and are able to find such solutions to the current challenges that do not subordinate human rights, democracy, justice and the international humanitarian law to economic, energy, and geopolitical expediency.

Protection of Rights without Borders NGO