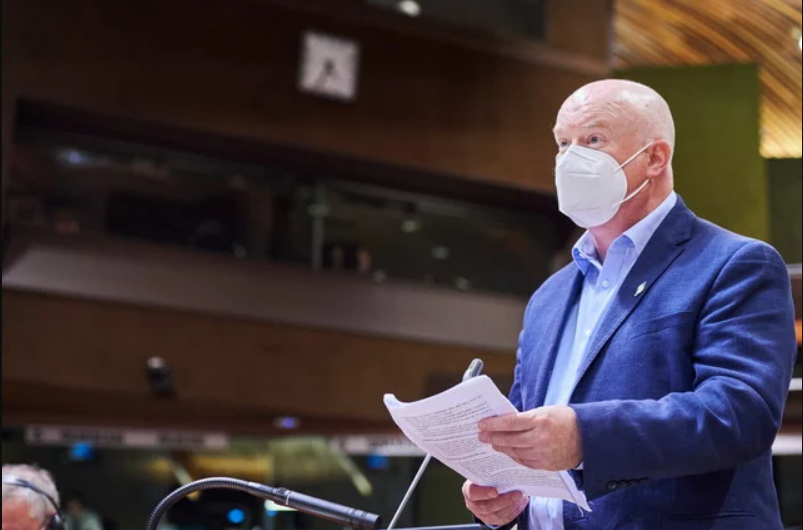 Observations on the Report on Humanitarian Consequences of the 44-day War between Armenia and Azerbaijan by Paul Gavan, Rapporteur, Committee on Migration, Refugees and Displaced Persons

On September 13, 2021 PACE published draft report on humanitarian consequences of the 44-day war between Armenia and Azerbaijan prepared by Paul Gavan, Rapporteur on Migration, Refugees and Displaced Persons. Despite some important statements, the report, nevertheless, does not reflect the reality in several areas and puts fallacious equality between Armenia and Azerbaijan, when there are notable differences in policies and actions of the two states and consequences thereof. This false equality deepens the feeling of injustice and disappointment in society towards international community and the protection of human rights. At the same time, the inadequate international response to and lack of political and legal consequences for Azerbaijan’s aggressive policy towards Armenia do not create grounds for sustainable and peaceful resolution of the conflict. Below we have listed problematic sections of the report.

In para. 3, the draft Resolution states that the 44-day war constitutes a breach of commitments by Armenia and Azerbaijan without indicating, however, which party launched the war. Meanwhile, all the evidence collected by independent observers about the war testify that the Azerbaijani side was responsible for launching a large-scale attack. This fact has also been recorded by Freedom House in its Nations in Transit 2021 report on Armenia[1]. Moreover, Ilham Aliyev, the President of Azerbaijan accepted this reality in one of his interviews[2].

The most unfortunate example of equilibrium put between the two sides is found in sections on mercenaries[3]. The draft Report equates the use by Azerbaijan, with Turkey’s assistance, of Syrian mercenaries, with the voluntary participation of the Diaspora Armenians in the war or their return to Armenia. It is noteworthy that the Report refers to an evidently manipulative and false report by the Azerbaijani government and should not be cited in this Report.

Paras. 29 and 30 of the draft Report state that the ICRC has access to the Armenian prisoners of war but it neglects their testimonies that they were regularly transferred from one prison to another during the visits by the ICRC. Thus, it creates an illusion that the Armenian prisoners of war illegally kept in Azerbaijan enjoy some level of protection.

In para. 74 of the draft Report, the Rapporteur commends Armenia for providing maps of minefields to Azerbaijan stating at the same time that Azerbaijan returned a group of Armenian prisoners of war. An unacceptable practice of exchanging maps for prisoners of war welcomed in the Report is encouraging the Azerbaijani policy of politicizing and manipulating the process of POWs’ return.   The immediate return of all POWs is required by international law, regulated by Geneva conventions, and cannot be subject to any preconditions or become an instrument for negotiations on provision of maps or any other topic.

The Rapporteur notes that Artsakh Armenians will most likely not return to areas controlled by Azerbaijan but fails to indicate the reasons: threats the Artsakh Armenians will face if they return to their homes, violations of rights of those who have tried to return after November 9 ceasefire agreement (captivity, torture, etc.). This led to an inaccurate statement in the Resolution (para. 11.3).

In para. 80 (see also paras. 88 and 91) of the draft Report, the Rapporteur argues that the UNHCR and other UN agencies had no access to Artsakh to provide necessary humanitarian assistance, failing to clarify that restrictions to enter those areas were imposed exclusively by the Azerbaijani side and apply only to the areas controlled by Azerbaijan.

In para. 89, the threats for Artsakh population are exclusively described as their own perception rather than the reality proven by the postwar policy of Azerbaijan, regular shots fired by Azerbaijan in borderline areas, targeting civilians, encroachments and other illegal actions against[4] civilian population.

In para. 90, the environmental and humanitarian crisis threatening the people of Artsakh, including shortages of power and water supply, is merely presented as a natural consequence of the 44-day war without referring to the efforts by Azerbaijan intended to exacerbate the crisis by creating unlivable conditions for the population of Artsakh and the available evidence thereof[5].

The statement in para. 93 of the draft Report dividing the responsibility between Armenian and Azerbaijan for restricting the access of the UN bodies and CoE to Artsakh to provide humanitarian assistance and monitoring is inaccurate and should be removed.

The call to international community made by the Rapporteur in para. 103 to provide financial assistance to Azerbaijan for recovery and peace building, without making a similar call for Armenia and Artsakh, is unacceptable taking into account the incommensurate damages suffered by the Armenian side during the war and the proven targeting of civilian infrastructure, especially in Artsakh, both during and after the war.

Addressing paras. 104-114 of the draft Report, it is essential to note that the allegation that it was impossible to identify those responsible for regular cases of aggression on Armenia-Azerbaijan border in the recent months is misleading, especially in the light of the aggressive actions of Azerbaijani armed forces against several villages and communities of Armenia in the last months[6]. It is undisputable that since the 2020 November 9 ceasefire statement, the Azerbaijani aggression along the border with Armenia has not ceased, violating almost all provisions of the trilateral statement. Azerbaijani armed forces have illegally and blatantly invaded into and positioned themselves inside Armenia’s sovereign territory in several areas across the border. Moreover, Azerbaijani military regularly opens fire not only at Armenian military positions, but also at Armenian towns and villages, thus profoundly impacting the lives and livelihoods of the civilian population there. Aside from almost daily shootings, we have witnessed instances of illegal detention of civilians, threatening with firearms, inflicting harm to their property, and stealing their livestock.[7]

Para. 119 of the draft Report states that Azerbaijan is currently negotiating with UNESCO concerning access to the region. However, the draft is silent about the fact that the authorities and civil society[8] of Armenia and Artsakh have repeatedly urged UNESCO to send a fact-finding mission to areas controlled by Azerbaijan, while this process has been hindered by Azerbaijani authorities. This fact shall be reflected in the Resolution (see para. 18.5).

The draft Report does not include also pieces of irrefutable evidence about intentional damage, destruction of important monuments of Armenian cultural heritage in Artsakh, as well as attempts to cultural appropriation. For instance:

It should be noted that the Report equates the hate speech policy in Azerbaijan with that in Armenia[15]. To this end, the references made to the ECRI reports, without underlining the substantial differences between reports on Azerbaijan and on Armenia, particularly without disclosing the evidence on targeted Armenophobic policy in Azerbaijan, and the absence of such anti-Azerbaijani policy in Armenia, are misleading. It is also alarming that the Report is silent about the hate rhetoric by the high-ranking public officials of Azerbaijan and regular Armenophobic policies in Azerbaijan[16], which became much more arrogant, humiliating and threatening after the 44-day war. The Report is also silent about the threats to use force and territorial claims by Azerbaijan made before and after the 44-day war.

Lastly, it is important to note that the reference to the conflict as “conflict between Armenia and Azerbaijan” contradicts the decades-long stance of the international community, including the UN, OSCE, CoE, PACE, which have always referred to it as the Nagorno-Karabakh conflict, and distorts the whole essence of the conflict.[17]

Thus, taking into account the aforementioned problematic issues and deficiencies found in the Report, we urge the Parliamentary Assembly of the Council of Europe and the CoE member states to substantially revise the final Report and the PACE Resolution.

We also call on the international community, including the relevant UN bodies, the Council of Europe, OSCE, the European Commission and individual states to push for a mechanism for a formal on-ground human rights monitoring mission for careful documentation of developments and rights violations.

“From late September, while the pandemic was ongoing, Armenia found itself drawn into a crisis of historic proportions as neighboring Azerbaijan launched a large-scale attack on the unrecognized but de facto independent Republic of Nagorno-Karabakh (often called Nagorno-Karabakh internationally, or Artsakh in Armenia), which is inhabited and governed by ethnic Armenians”

[17] Various examples include: the UN Secretary General refers to the conflict as “the Nagorno-Karabakh conflict”