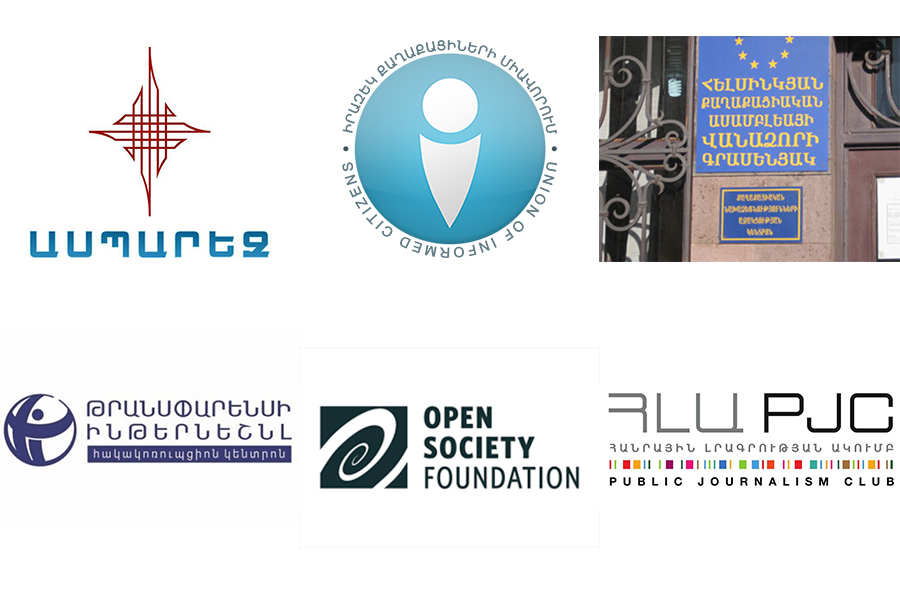 Statement: On the Idleness of the NSS and Need for Reform

The National Security Service issued a statement on December 10, calling human rights activist Artur Sakunts’ criticism of the NSS as insulting, defamatory, misleading, disinforming, false, a self-assertion attempt accompanied by “an outburst of inappropriate fury”, and calling to “…exercise vigilance, maximum restraint, avoid emotional outbursts and those stemming from the inferiority complex, weigh messages, refrain from taking the path of self-assertion by discrediting an important state institution, and, of course, adhere to the rules of civilized ethics relevant to a member of civil society”.

Leaving aside the ethical aspect of such formulations in a statement by a public authority and the discussion of the lawfulness of such qualifications by the NSS, we hereby turn to the Prime Minister of the Republic of Armenia Nikol Pashinyan with the following demand:

Instruct the law enforcement authorities to deal with the following issues that threaten Armenia’s national security:

2. Identify the organizers and perpetrators of the rounding and mass beatings of peaceful protestors on Baghramyan Avenue in Yerevan, on 12 to 13 April 2004.

3. Fully disclose the organizers and perpetrators of mass beatings, torture, executions, unlawful persecutions, detentions of peaceful protestors in Yerevan on 1 and 2 March 2008.

4. Investigate the rumors regarding clients and organizers of the act of terrorism on 27 October 1999, including with respect to NSS involvement and inaction.

5. Inspect who carried out the illegal evacuation of more than $ 10 billion from Armenia in 2004-2013, and the mechanism used in that endeavor.

6. Investigate the mechanisms of alienation of Armenian mineral wealth since 1991 and its sale to Armenian and foreign corporations at low prices, identify culprits, and determine the extent of material damage to the country.

7. Reveal instances of illegal collection and use of citizens’ personal data by the NSS, particularly when this was done to exert illegal influence on the opposition and civil society representatives.

8. Examine the legality of obscure and dubious enrichment of many NSS officials.

We hereby demand that the public be informed on a regular basis about the disclosure of these crimes.
The public has had these and other demands for years, but there has been complete inaction by the NSS. Now is the right time to expose these crimes, including the efforts of the NSS as a service that shall truly ensure national security. If no genuine, reasonable, and tangible efforts are made in this direction, we will consider the NSS statements to be throwing dust in our eyes, ridiculous, and political fraud.

We urge the NSS leadership, the Government of Armenia to make urgent efforts to implement radical reform of the NSS, develop and introduce a staff review policy, so that the system becomes necessary and sufficiently open, accountable to the public, and can thereafter serve only reasonable national security interests, and not just write texts in response to uncomfortable criticism.

We urge the Government of the Republic of Armenia to immediately address the self-confession of the NSS on the gross violation of the law, in particular, urgently acknowledge the gross and mass human rights violations committed by the former authorities of the Republic of Armenia and launch a transparent, accountable and effective investigation by applying the mechanism of transitional justice.

We urge the RA National Assembly, parliamentary and extra-parliamentary political parties, civil society stakeholders not to ignore and not to delay the urgent need for radical clean-up and reform of the NSS system.

Otherwise, there is a high risk that this system will remain closed to the public, doubts of the society as to whether the NSS had long been a system providing for state capture and that can be used any time, as appropriate, to the detriment of the Republic of Armenia and free citizens will remain unaddressed.