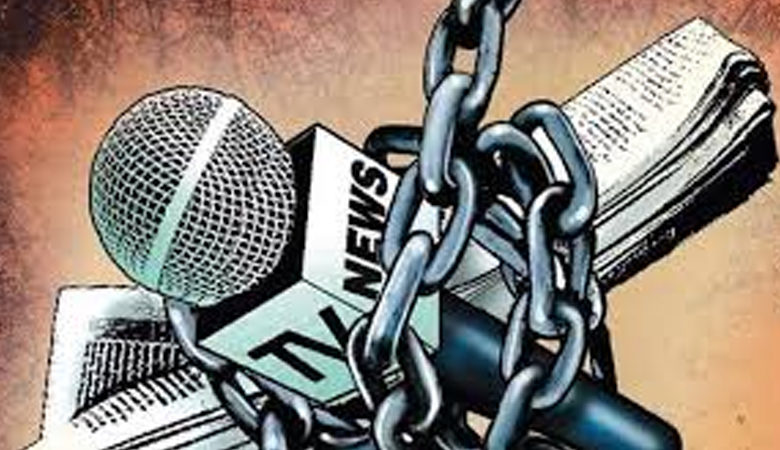 We, the undersigned 33 representatives of media development organizations based in the EU Eastern Partnership (EaP) countries (Armenia, Azerbaijan, Belarus, Georgia, Moldova, Ukraine), are writing to express our profound concerns about the dangers of insufficient governmental and international support to the independent media and journalists in the region, which happens against the backdrop of COVID-19 pandemic and actions by national governments to curtail media freedoms.

On May 3, every year people across the planet celebrated World Press Freedom Day. It is a reminder to governments of the need to respect their commitment to press freedom. Moreover, it is an opportunity to celebrate the fundamental principles of press freedom; to assess the state of press freedom across the world; to defend the media from attacks on their independence; and to pay tribute to journalists who have lost their lives in the line of duty.

In 2020, celebration of this day is being overshadowed by the global COVID-19 crisis. The pandemic had robbed us of the lives of thousands, while also inflicting heavy financial repercussions on our economies and fundamental principles of media freedom.

Journalists and media freedoms across the countries in all European neighboring regions from the EU Eastern Partnership countries to the Western Balkans, to the MENA region in the South have all been severely wounded by this crisis. Independent media in the European Eastern Neighborhood, especially the small- and medium-sized outlets, which have for a long time been competing with Russia supported outlets that disseminate the pro-Kremlin disinformation including on Covid-19, have suffered the most.

Since mid-March 2020, when governments imposed quarantine regimes, opportunities for independent media to survive and thrive have been decimated as advertising and other sources of financial income have fallen drastically in the EaP region. The gap between the needs of media and available resources – always present – has widened significantly. In turn, national governments have used the pretext of the COVID-19 crisis to curtail media freedoms. There are risks of media capture by actors whose vested interests put media freedoms at risk. The recorded cases range from limiting access to public information in Armenia, Georgia, and Moldova, to an outright crackdown on journalists and civil activists in Azerbaijan and Belarus, to lack of action to protect the rights of journalists by law
enforcement agencies in Ukraine.

The undersigned organizations have a long history of supporting independent media as the key pillar of democratic development of EaP countries. Therefore, we call on you not to limit your support to political dialogue and encourage you to intensify media development support in the following direction:

• Allocate additional funding for immediate support to cover the gaps caused by the pandemic. External grant support should go to and be accessible to independent media who struggle to survive due to COVID-19 and a national lockdown that restricts media reporting on issues of vital importance to their audience;

• Provide funding and support for robust audience research and media business skills development to help EaP media outlets use their limited financial and human resources to increase their audience reach and financial viability, thinking also beyond the timeline of the pandemic;

We thank you in advance for taking our concerns into consideration.