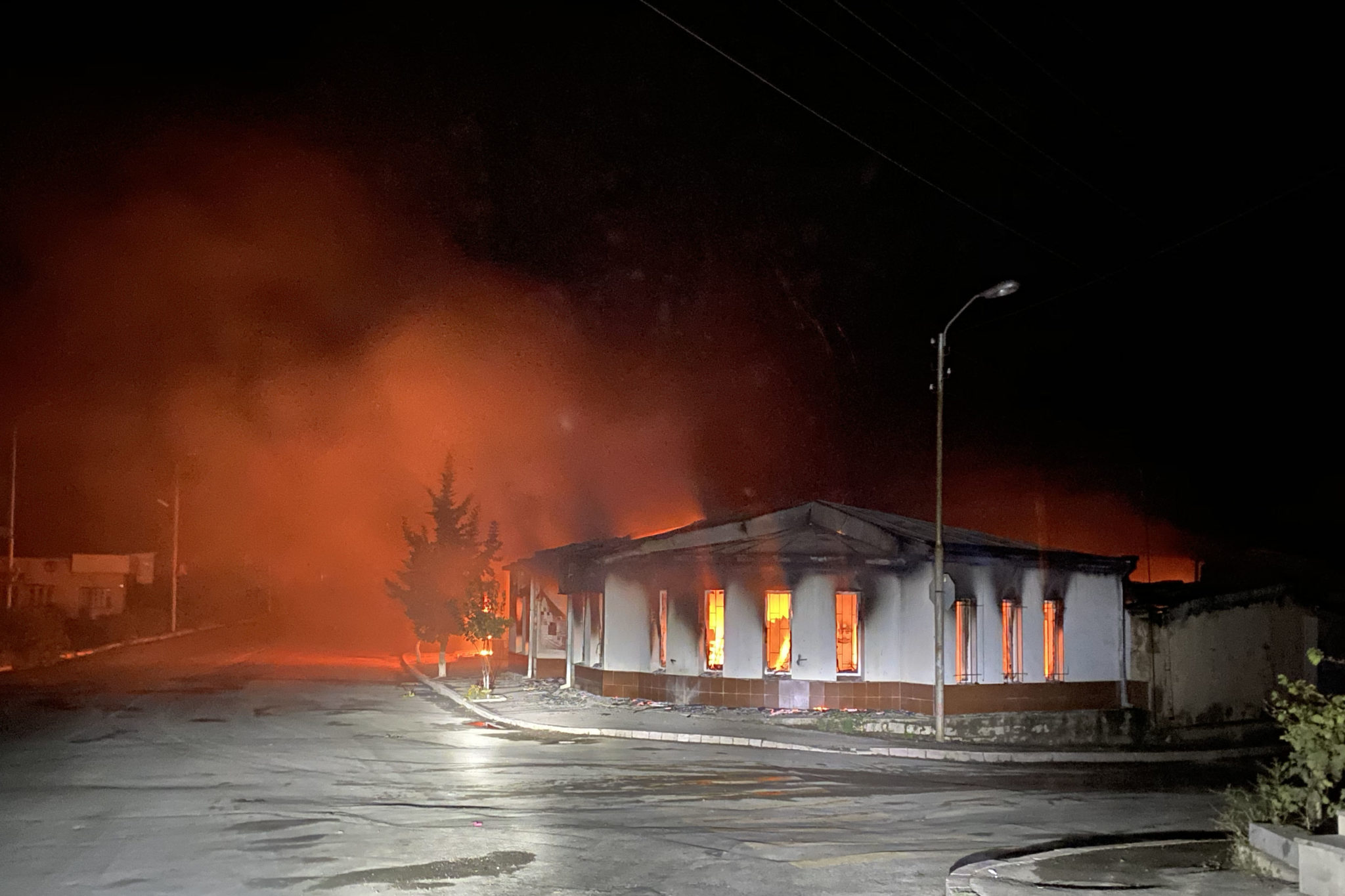 Link to the Report on the Human Rights Watch website

Fighting between Azerbaijan and Armenia and the de-facto authorities in Nagorno-Karabakh dramatically escalated on September 27, 2020. Two humanitarian ceasefires brokered by members of the Minsk Group of the Organization for Security and Co-Operation in Europe have failed to halt the fighting. According to authorities from all parties, scores of civilians have been killed or injured in attacks in Armenia, Nagorno-Karabakh, and Azerbaijan.

“The continued use of cluster munitions – particularly in populated areas – shows flagrant disregard for the safety of civilians,” said Stephen Goose, arms division director at Human Rights Watch and chair of the Cluster Munition Coalition. “Cluster munitions should never be used by anyone under any circumstances, much less in cities, due to the foreseeable and unacceptable harm to civilians.”

In the conflict over Nagorno-Karabakh, Human Rights Watch is investigating whether all sides of the conflict adhere to international humanitarian law, which requires armed forces to distinguish between combatants and civilians, and between military objects and civilian objects, at all times. As such, indiscriminate attacks are prohibited, including attacks which employ a method or means of combat which cannot be directed at a specific legitimate military target. Human Rights Watch has made repeated requests to the Azerbaijani government for access to conduct on-site investigations, but access has not yet been granted.

Residents of Stepanakert told Human Rights Watch that attacks using cluster munitions began on the morning of September 27 in a residential area no more than 200 meters from the office of the International Committee of the Red Cross. 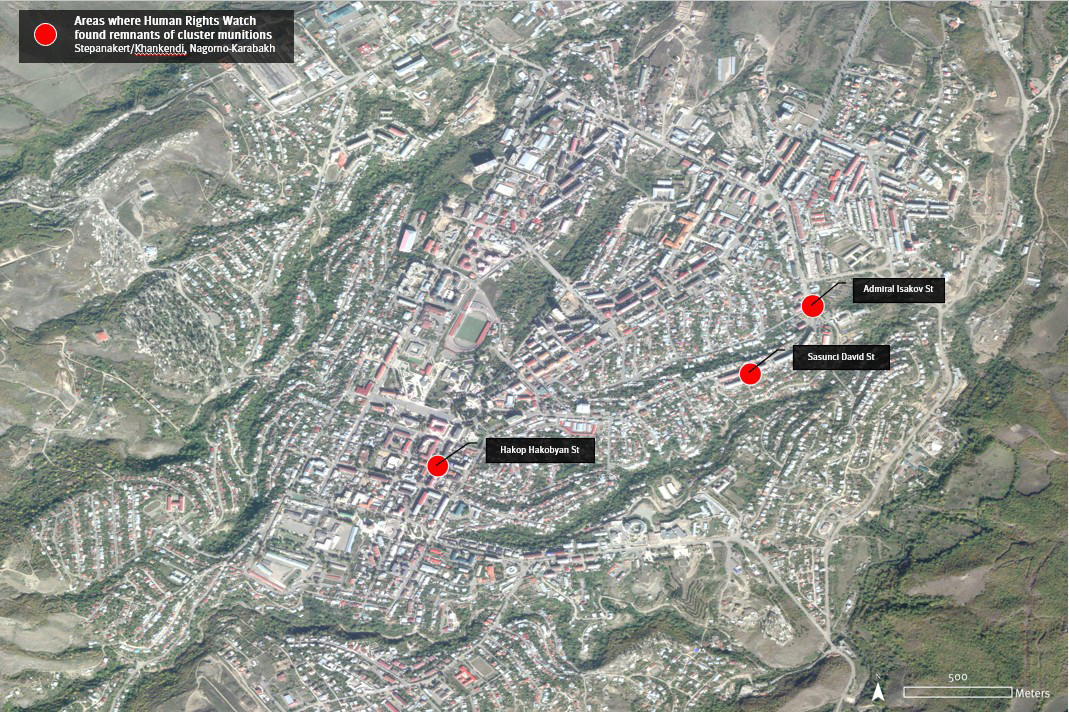 A 69-year-old woman who was in her apartment on the fourth floor of a building next to where Human Rights Watch observed scores of the distinctive impacts of the M095 submunitions said the building began to shake around 7:15 a.m.: “The children started to scream and everyone was panicking when the bombs started coming down. We opened the windows and saw that the cars were burning. We saw that they had small pink things that were making them burn, so we ran down to the basement.”

She said that a number of submunitions did not explode and that people in the neighborhood covered them with sand from the children’s playground until emergency responders came the next day to secure and remove them. She said glass broken from the blasts injured a number of people in the neighborhood. Another resident told Human Rights Watch that dozens of vehicles were damaged.

On October 12, Human Rights Watch visited the site and, in addition to the distinctive impacts of the submunitions, Human Rights Watch observed several damaged and burned vehicles and numerous broken windows in nearby apartments and a shop located in the courtyard. However, the exact damage to the area done by the submunitions is unknown because another subsequent attack was carried out with a different munition in roughly the same location.

At least one more LAR-160 cluster munition rocket was fired roughly into the same area several hundred meters away. Human Rights Watch observed the remnants of a LAR-160 rocket, scores of the distinctive impacts of the M095 submunitions, the remnants of the pink-colored stabilization ribbons, and submunition fragments. Numerous buildings, private business, and markets had varying degrees of damage from the attack.