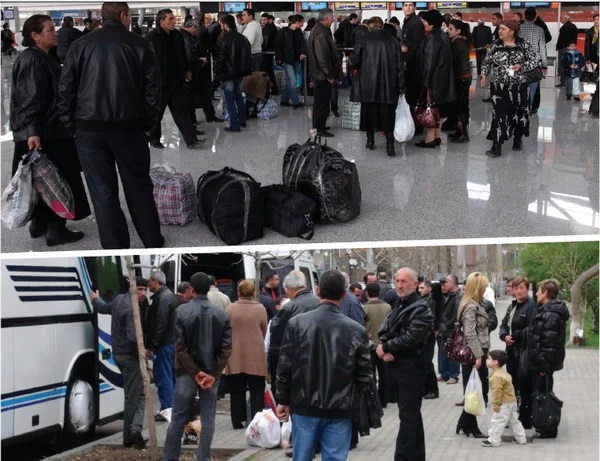 Migration in Armenia: Myths and the Contrasting Reality. A Fact-Checking Study

We have checked the popular myths on the migration situation in Armenia and the truth about it.

In the last 30 years, emigration has been one of the hottest and most topical social issues in Armenia. Even more so after the 44-day war, the number of publications (from social media posts to expert opinions) forewarning of the skyrocketing rates of emigration drastically increased.

Emigration is one of those social issues wherein myths and the reality are strongly interlaced. Perhaps because only a very small portion of the society knows that unless one has carried out an extensive and thorough research on the topic, it is impossible to know the true rates of emigration in the country. Even by comparing statistical data it would not be possible to provide a basis firm enough for objective and valid conclusions.

Experts urge those interested in immigration research to discern “immigration” from “migration”.

The Armenian equivalent for the word ‘emigration’- “արտագաղթ” (ar-ta-’gaght)- does not convey the true nature of the phenomenon. It omits its cultural and emotional attributes- two very fundamental aspects. In the Armenian linguo-culture, this word has acquired a tapestry of negative connotations, whereas its borrowed terminological equivalent “emigration” is more commonly found in specialized texts.

Aravot.am decided to check the popular myths concerning the migration situation in Armenia and what is really happening in the country. For that, we have interviewed the advisor coordinating the separate functions of the subdivisions of the RA Ministry of Labor and Social Affairs, Mr. Artak Markosyan, and analyzed the data provided by the RA Statistical Committee on population movements, official registration, and changes in the country’s de jure population over the past 10 years. 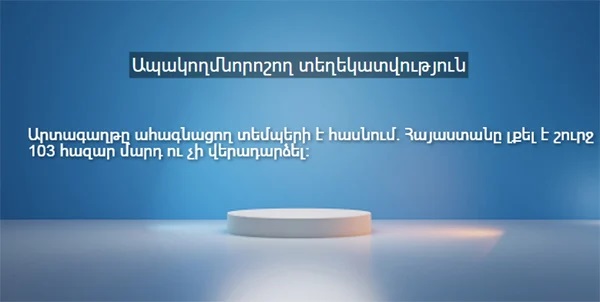 It is a known fact that from January to September 2021, the negative balance of emigrating citizens was a little over 103.000. But the claim that these citizens never returned is no less than a classic misinformation because it is yet too early to draw conclusions. Things will become clearer by the end of the year. 103.000 is merely a figure quantifying the total population outflow and does not in any way exhibit the emigrational status thereof. But because it can be indicative of such tendencies, it is hence essential and closely related. The greater this figure is, the more emigrants it is likely to include- citizens who might never return to Armenia.

In response to Aravot.am’s written inquiry, the Statistical Committee provided extensive data on the entries and exits registered at the border checkpoints.

This data shows that from January to Septembe 2021, 1.179.007 people have left Armenia and 1.112.002 have returned. This means that the number of citizens who did not return is only 67005. It must be borne in mind, however, that this figure includes both Armenian citizens and foreigners.

Manipulative information!
The size of Armenia’s permanent population has increased.

We also inquired from the Statistical Committee about the changes in the population that occurred from 2018 to 2021. 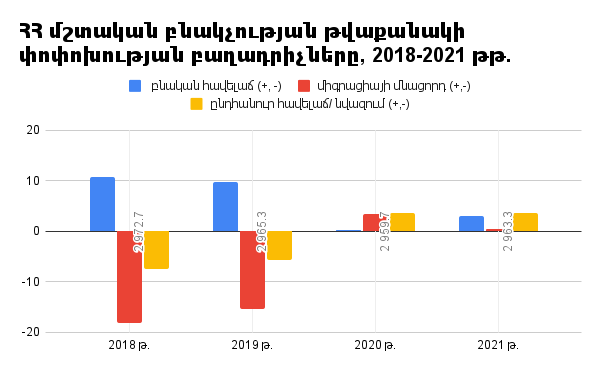 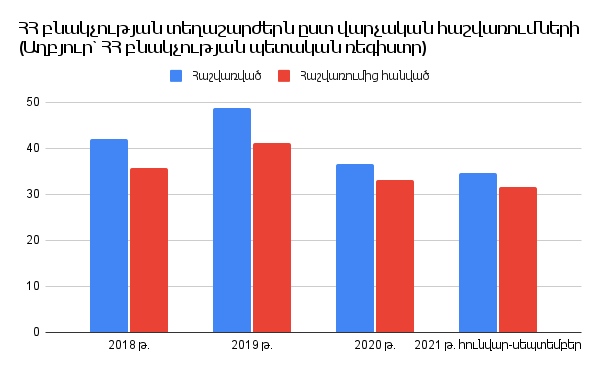 The retrieved data shows that the number of Armenia’s de jure population has indeed increased, demonstrating a positive net migration rate (0,4) and clear tendencies of natural increase (3,1). This indicator, however, cannot be considered rational. It is manipulative in that in only presents the size of the country’s de facto population. Therefore, it implies that there are many registered people who do not factually reside in the Republic of Armenia but did not deregister when leaving the country. 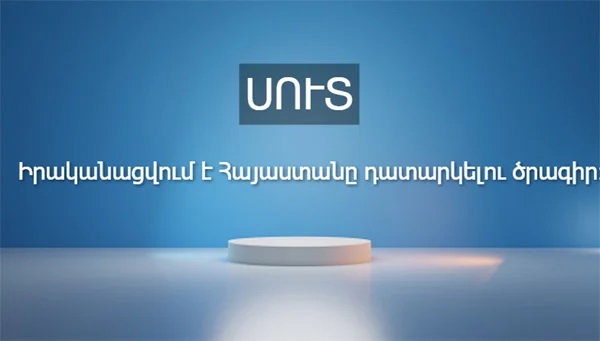 Lie
The agenda is to depopulate Armenia.

In Migration Studies, several different push factors are differentiated. Low standards of living, low morale, inhospitable climate conditions and instability are some of them. In Armenia, two other push factors, lack of security and protection, come to the fore- the tens of thousands of people who lost their homes in Artsakh. All these factors compel people to leave Armenia, but it is not some kind of a special program that the government of Armenia or that of any other country is trying to implement.

The migration situation in Armenia in the eyes of a government official. 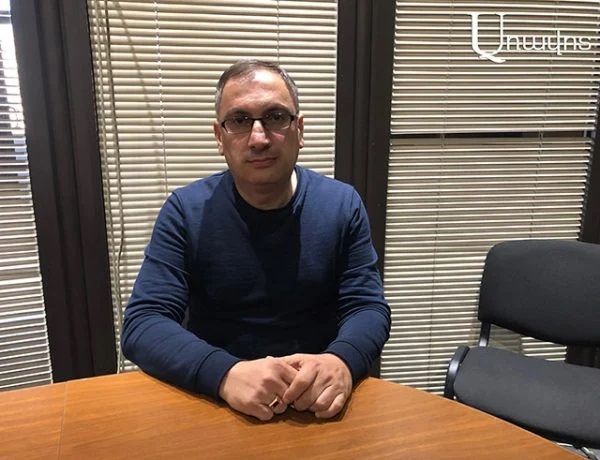 Artak Markosyan, Advisor coordinating the separate functions of the subdivisions of the RA Ministry of Labor and Social Affairs, assured that it is still too early for bringing up the issue of the so-called “mass emigration.” “There is no such plan or agenda,” he assured. “To say that people are fleeing from their homeland en masse would be nothing but a lie. Clearly, people arrive, and people depart. These processes are ceaseless.

While considering it worrying that the negative indicators of entry and exit are significantly high, Artak Markosyan reminded that the net migration rate for the past nine months is positive – 400 people.

“One must bear in mind that net migration rate and the cross-border movement rates are two completely different things. The indicators used in the estimation of the net migration rate are also used for cross-border movement rates. To our question concerning the extrapolation that these 103.000 citizens will return to Armenia, Artak Markosyan said,  “The events of last year must also be taken into account. As we all know, because of the restrictions imposed due to the Covid-19 pandemic, tens of thousands of Armenians who had emigrated to Russia or other countries were forced to return to Armenia because their businesses were in crisis. They were stuck in Armenia because the borders were closed. When the borders reopened, those who had Armenian passports returned home. And so did our migrant workers. This is the reason why last year, the number of exits by those having Armenian passports was so large. I am afraid we will have to wait until the end for the actual number of those who have returned. The balance might come out positive or close to the minimum. Using the rates of border crossing for estimating migration is unprofessional.

Why are no funds being allocated by the state budget for migration research?

Until 2017, the government was providing funds for migration research. According to Artak Markosyan, similar research has been carried out in 2019 by the United Nations Population Find, showing that the situation has significantly improved since 2016. More research is now being done on this issue and we hope to have results very soon. 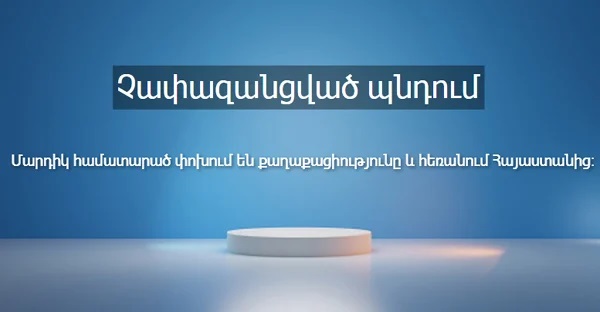 Exaggerated claim.
Many Armenians are now changing their citizenship and fleeing the country.

Artak Markosyan did not deny that this phenomenon is very disconcerting, but at the same time assured that in order to be able to arrange foreign citizenship for their children, parents who have renounced their Armenian citizenship continue to reside in Armenia. Artak went on saying that “many of these people, for some reason, acquire Russian citizenship but continue to reside in Armenia and run their businesses here. Once they have successfully received their foreign citizenship, they use the law on dual citizenship to reclaim their Armenian citizenship. This strategy is becoming more and more popular nowadays. It will, of course, be reflected in the indicator of our de facto population. But it is not a solid ground for guesstimate skyrocketing emigration rates and does not validate the worry over it. There is also immigration which should not be neglected.”

Artak Markosyan is highly concerned about the increased volumes of domestic movements, particularly the internal migration from border communities to Yerevan. “Unfortunately, this tendency has been gradually increasing since the war. There is a considerable outflow of people from Syunik region to Yerevan and the nearby communities. People are even moving their businesses and buying apartments in Yerevan for permanent residence. This is predominantly because of security and socio-economic reasons. The territories that were ceded to Azerbaijan were the main source of income for the residents of the Syunik region especially because most of their economic activity took place on those lands. A major shift has taken place in the region’s economic paradigm which is one of the factors that has been pushing people to the capital.

It is worth mentioning that the Armenian government is currently conducting a study on the demographic situation in the post-war period.

Besides, a strategy for improving the demographic situation in Armenia is being drafted and it is expected to be completed by May 2021.