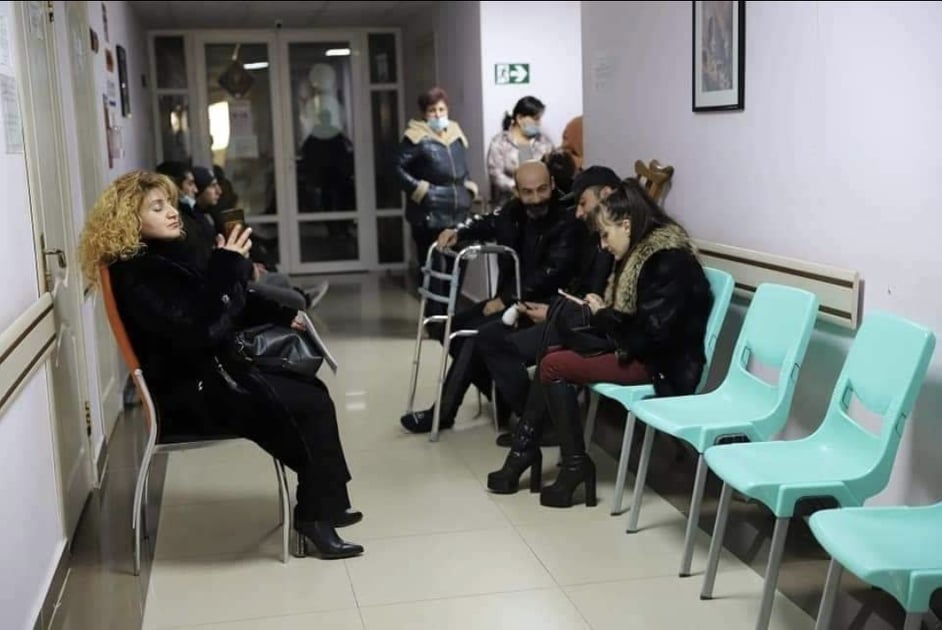 Millions Spent in Haste: Why Citizens Were Deprived of State-Funded Medical Care?

The major medical centers in Armenia have almost entirely ceased providing medical services to citizens within the framework of the state-funded medical support program. Medical institutions are facing financial hardships, as most of the state-funded healthcare slots allocated to medical centers by the RA Ministry of Health have been exhausted. Within the framework of the program, in 2021 alone, the state has allocated a total of 11 billion 975 million drams to medical centers for providing medical care to socially vulnerable groups of residents, of which only 2 billion drams now remains. This information was retrieved from the Armed.am, the electronic system run by the state health agency.

All hospitals have received an official note from the State Health Agency of the Ministry of Health forbidding them to serve patients outside of the allocations provided for each trimester. Instead, it asks to register them for medical support to be provided later in the coming months. As a result, medical centers have been registering patients for support to be provided until December of this year.

From 2019-2020, there have been no issues with state-funded healthcare slots and all patients have been serviced properly. Problems began to emerge since August 2021 due to the force majeure situation inflicted upon the healthcare system due to the 44-day war.

The N 318-N decree of the Government of the Republic of Armenia issued on March 4, 2004, defines the procedure for the provision of medical care on free-of-charge and preferential terms guaranteed by the state, as well as the complete list of medical conditions covered by the program. Among other social groups, the decree also applies to all persons affected by hostilities or terrorist acts committed by a foreign state against the Republic of Armenia in emergency situations.

Following the 44-day war, the number of people in this social group increased dramatically due to the number of injured servicemen and civilians. According to one of the high-ranking officials of the Ministry of Health, over 2 billion drams of the money allocated for state-funded healthcare was used for the emergency medical support of these people. In 2020, when the budget of state-funded healthcare was approved, the factors of the impending war and its harsh consequences were not taken into account, which led to the situation where there are still four months until the end of the year, but the money has already been used up.

This information was later confirmed by the former Minister of Health, MP of the “Civil Contract” faction, Mr. Arsen Torosyan.

“The reason behind the speedy consumption of the allocated funds is the increase in illnesses induced by the pandemic and the post-war situation. More people have been granted a disability rank and are eligible for state-funded health support. At the time when martial law was declared in the country, we directed over 1.8 billion to the treatment of those wounded in the war, and made medical care free-of-charge for all citizens of Artsakh that came to Armenia. We should take into account, however, that some of these citizens still live in Armenia and their medical care continues to be free.”

Now, due to financial strains, the MCs of Yerevan and other regions only treat patients in need of urgent medical care within the framework of the state-funded healthcare program, and the citizens who are included in disability groups and enjoy other benefits have to wait. It is very likely that many of them will not be serviced this year at all.

Armed.am provides detailed information on the funds that Medical Centers have received from the state for providing medical care to those included in socially vulnerable and special groups. 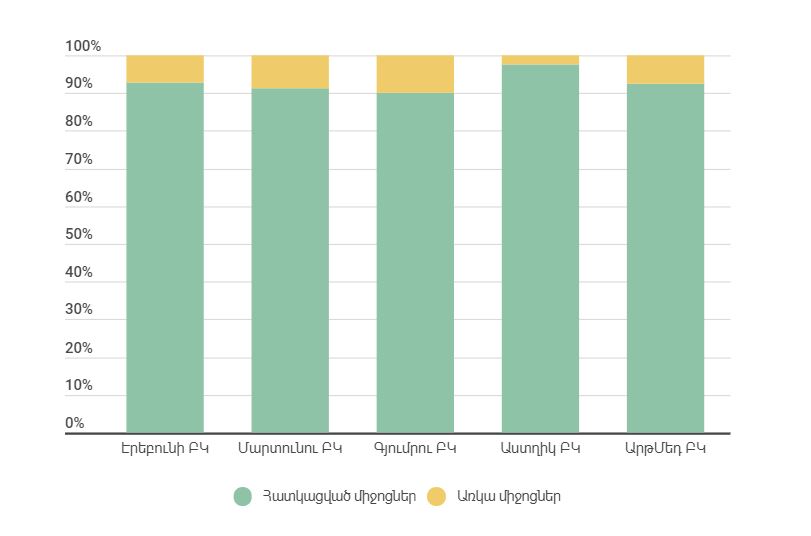 “The state-funded slots were quickly depleted, as much of the money was spent on the treatment of those injured in the war. We expect that the volumes of state-allocated funds will increase. The funding is expected to arrive in September. Now, we have to deal with a long queue of patients whose medical conditions are acute but not serious. At the moment, we only treat the serious cases, says Andranik Harutyunyan, director of Martuni MC.

As a result of the rapid consumption of state-funded slots, the nose surgery of Luiza Manukyan’s 19-year-old son, a resident of Yerevan, was postponed for an indefinite period of time.

Medical centers cannot provide the exact number of patients waiting in the queue, as the number keeps growing by the hour.

According to former Minister of Health Arsen Torosyan, the problem can only be resolved when government allocates additional funds for healthcare. “If the issue is not solved through redistribution, the patients who are in need of health care today will be waiting for months. I urge the government to reallocate the funds given to other sectors and direct some of it to healthcare, which is very important. They should give up the system of queuing and the medical service provided to the citizens should not be delayed. Redistributions can also be done at the expense of tax revenues.”

The Ministry of Health does not specify if they will be asking the government for additional funds or not.

Although the Minister of Health Anahit Avanesyan does not confirm that all registered citizens will receive the necessary services this year, she notes that they have submitted a project to the government worth 1 billion 2 million drams for the redistribution of the state funds. The executive body is still reviewing the project and has not approved it yet. 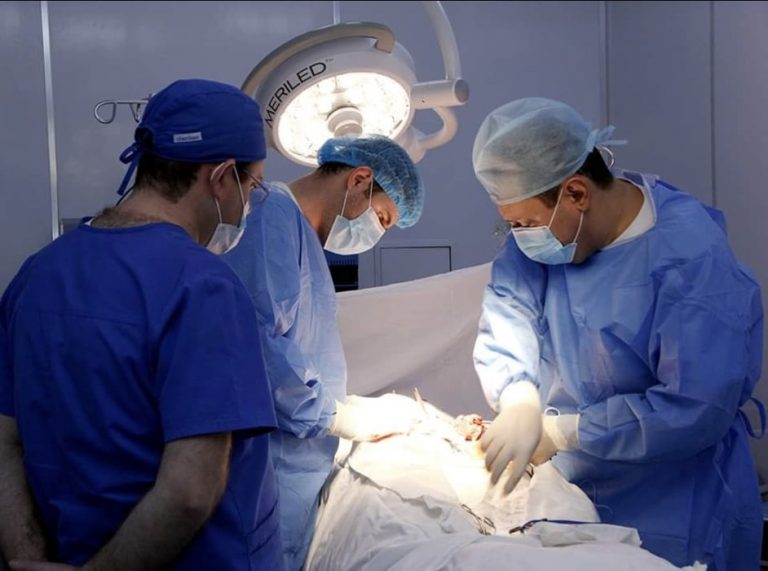 Davit Melik-Nubaryan, a public health specialist and independent expert, says the problem of state-funded healthcare has existed for many years now and is caused by inefficient financial management. “There are now people who are unable to receive the medical care they need when there’s a large group of people who benefit from state-funded medical care which they are not in real need of.”

The public health specialist also quoted his research on why citizens with special privileges are never treated by Armenian hospitals. “In the last three years, medical institutions have been reimbursed by the state for all the patients that they have serviced. So, budgetary discipline has not been maintained. This year, ostensibly, serving the citizens with as much as the budget can afford has become the new principle, but the medical institutions continue to operate the same way,” he said.

Davit Melik-Nubaryan raises another issue: studies have shown that citizens have been hospitalized for medical treatment in the framework of state-funded healthcare without proper justification. This naturally poses corruption risks. 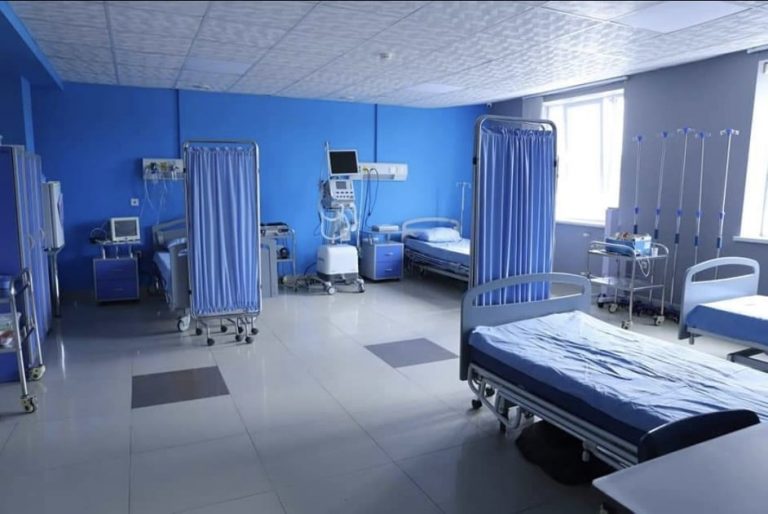 “In 2019, when the list of services provided to the beneficiaries was extended, there were 40000 more cases of hospitalization. The research showed that at least half of those cases were done on questionable grounds. If the system was effective, the cases would be treated in polyclinics. No one checks the bases, as medical centers also need hospitalizations because they are financed by the country based on the number of the patients treated”.

According to Davit Melik-Noubaryan, there is a need for a systemic change in Armenia’s healthcare sector- from introducing health insurance to the making  the application of disease treatment guidelines obligatory.

The expert offers three solutions to the problem of the delayed medical care for registered citizens. To solve the issue, either the Armenian government should allocate money from the reserve fund, or the Ministry of Health should reallocate the funds meant for other services. Otherwise, the medical institutions will have to cover the expenses themselves.

On September 29, it was reported that an additional subsidy worth 1.2 billion drams would be allocated to the Ministry of Health from the Government Reserve Fund. The ministry has submitted a draft decision to the government, requesting thereby additional funding for the treatment of the citizens benefiting from state-funded medical services.