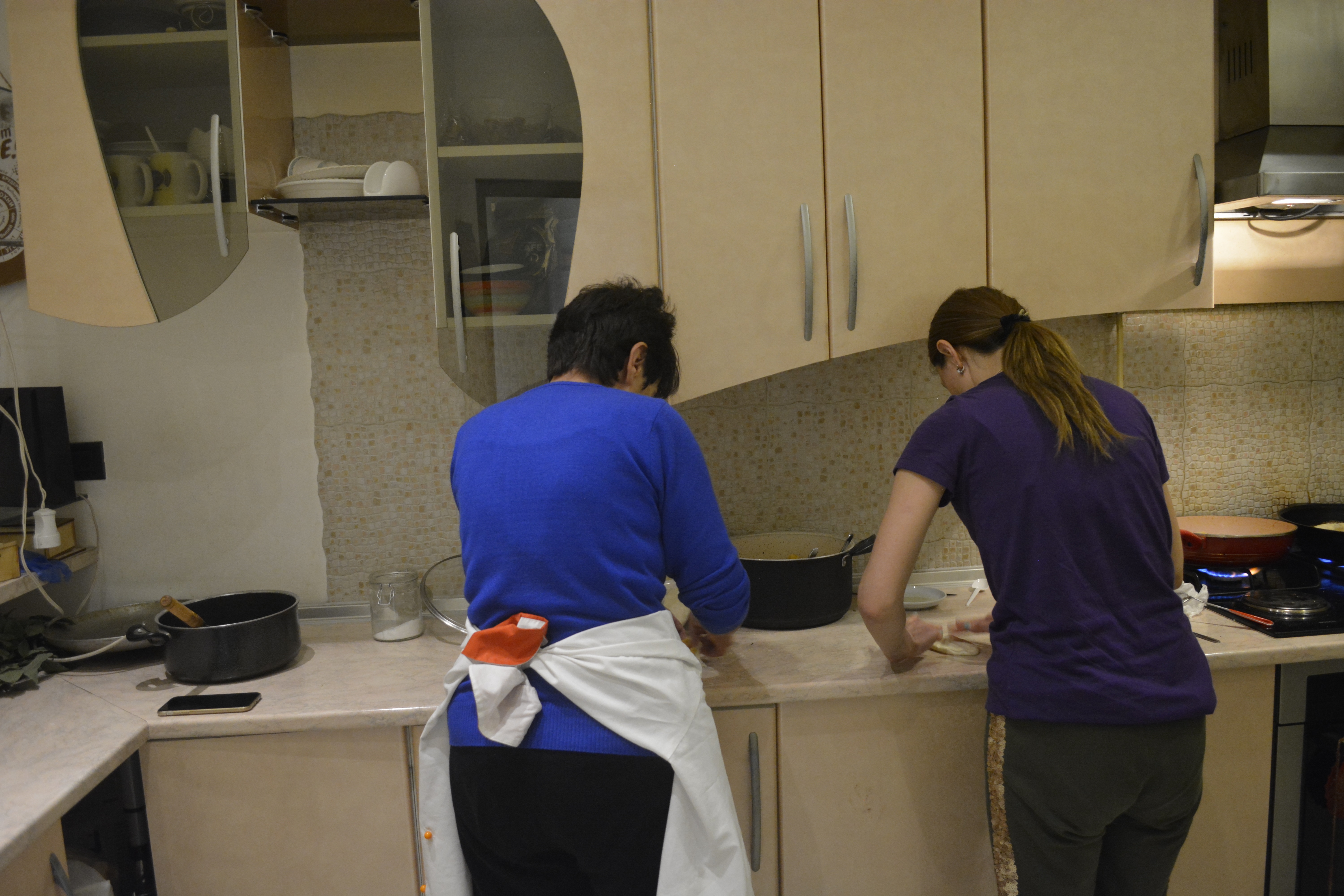 The kitchen of one of Yerevan hotels, City Hotel by Picnic, smells fragrant. Women from Artsakh are baking pies.

It has been a month since about 36 people from different cities and villages of Artsakh took refuge here.

The sudden attack launched by Azerbaijan on Artsakh on September 27, which turned into a new war, forced many residents of the Artsakh Republic to leave their homes and take refuge in Armenia, in shelters, apartments or hotels.

The children and teenagers sheltered in the hotel are busy with their games, lessons and everyday conversations, while the women have decided not to “sit with folded arms”. 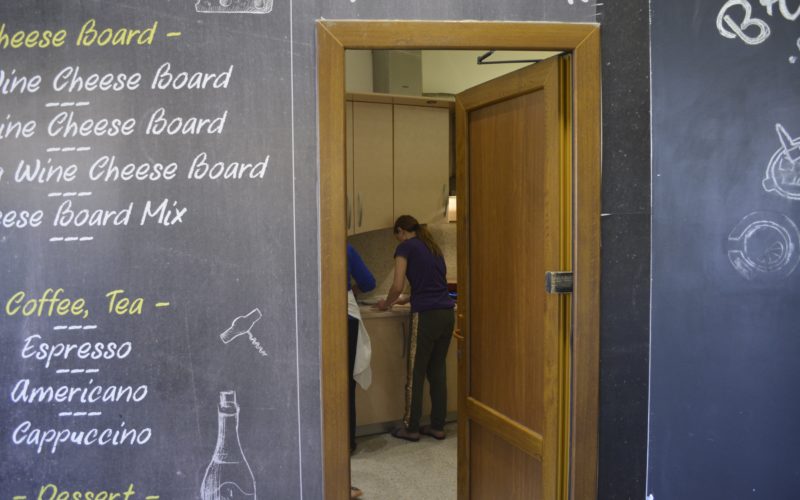 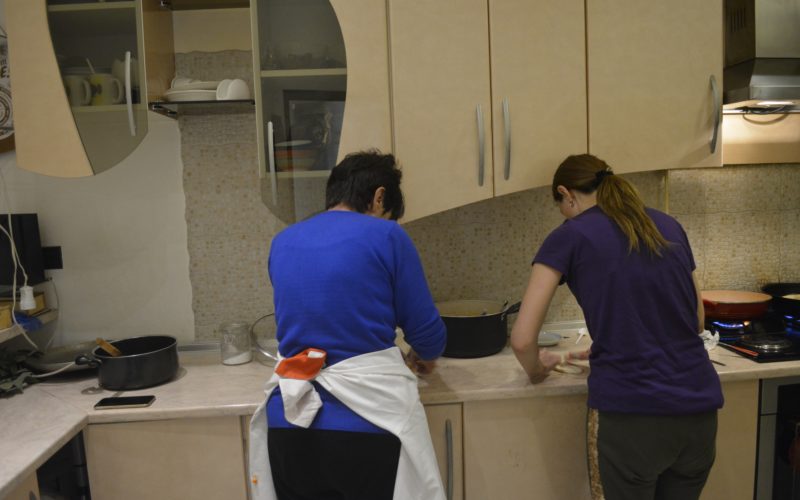 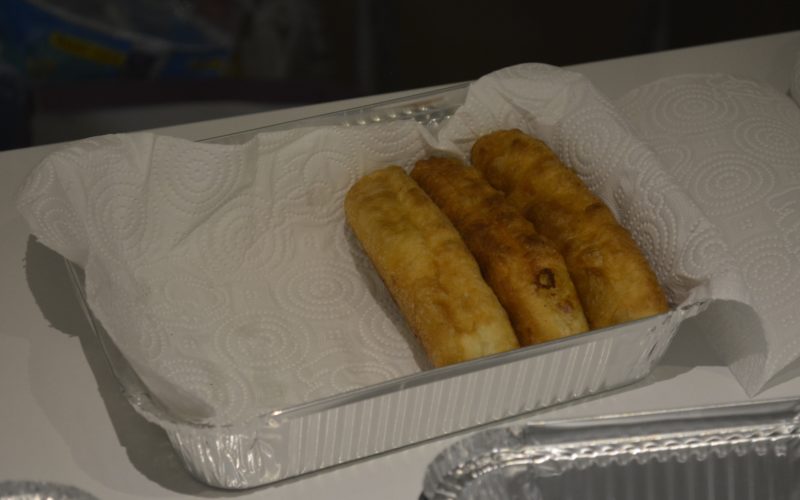 One kneads the dough, the other makes the filling, and the other one quickly turns the pie so that it is baked from all sides.

It is 11am but they already have 300 orders that must be delivered.

“We need a big oven for Zhingyalov Hats but the place here is not enough to have it so we decided to bake pies,” the women explain.

The women of Artsakh first prepared it for their children and the hotel staff, tasted it together and liked it. The idea of ​​selling the pies and making money from it was suggested by Artashes Melkumyan, Co-Founder of “Picnic Hotels”.

“They baked it and we tried it, it was very tasty. I thought that we could sell, give them a part of the money, and cover the communal expenses with the other part. “Especially when people are ready to pay any price because they know they are supporting our compatriots in Artsakh,” he said.

In general, since September 29, Artashes Melkumyan and his friends have provided settlements for 96 people who arrived in Armenia spontaneously from Artsakh. 36 of them are in the hotel, the rest have been provided with apartments previously intended for tourists, again free of charge.

“During the first days of the war, we were informed that there are people who come to Armenia and have no place to stay, we decided to provide them with hotel rooms, then through different groups we started looking for other families, writing to each other, asking questions. It happened that my employees even went to different parts of the city where people came by bus, asked if they had a place to settle and if not, they offered them our rooms.”

Artashes says that it happened that before finding an apartment, several children were hosted at his or a friend’s house.

After finding apartments, the issues of food, clothing and care items was resolved through various individuals and volunteer groups.

However, not everything is as smooth as it may seem.

According to Artashes, due to the restrictions caused by the coronavirus, their business has been “dead” since March, they have no income but now they need at least 25,000 drams a day, not counting utility bills.

He says that from the very first day, everyone was registered name by name and the information was sent to the relevant state bodies.

There was a response first from Kentron administrative district, they came and registered people. The Migration Service also promised to make utility payments.

They are still waiting but if they do not receive support, they will probably do something on their own again.

“We have already taken responsibility for 96 people and we will take care of them as much as we need. We will keep it until the owners of the areas demand money. Otherwise we will find a way out. If there are people who lost their house after the end of the war, we will try to find or build a house for them as well.”

The hotel staff also tries to ensure the children’s entertainment, happy mood and the realization of the right to education.

Many of the children already attend classes at school․ There is also a person attending a music school. In addition, they go to different clubs and visit places of interest.

On the first floor of the hotel, the daily schedule is written in big letters on the blackboard: visit to Garni, Etchmiadzin, pottery and painting courses.

Gayane Petrosyan, the coordinator of “City Hotel by Picnic”, says that they receive calls from various people and organizations, who come on a voluntary basis, organize events, invite parties.

“The children have already managed to go to Etchmiadzin, the Yerevan Zoo, the State Museum of Nature of Armenia, also they watched cartoons. In addition, they have history, English and pottery lessons, and we will soon organize cooking lessons for adults,” says Gayane.

Artashes adds that they do their best that these families can understand that life has not stopped, so they should not sit and wait but work, earn, continue to live, until one day they will hear good news and will be able to return home altogether.