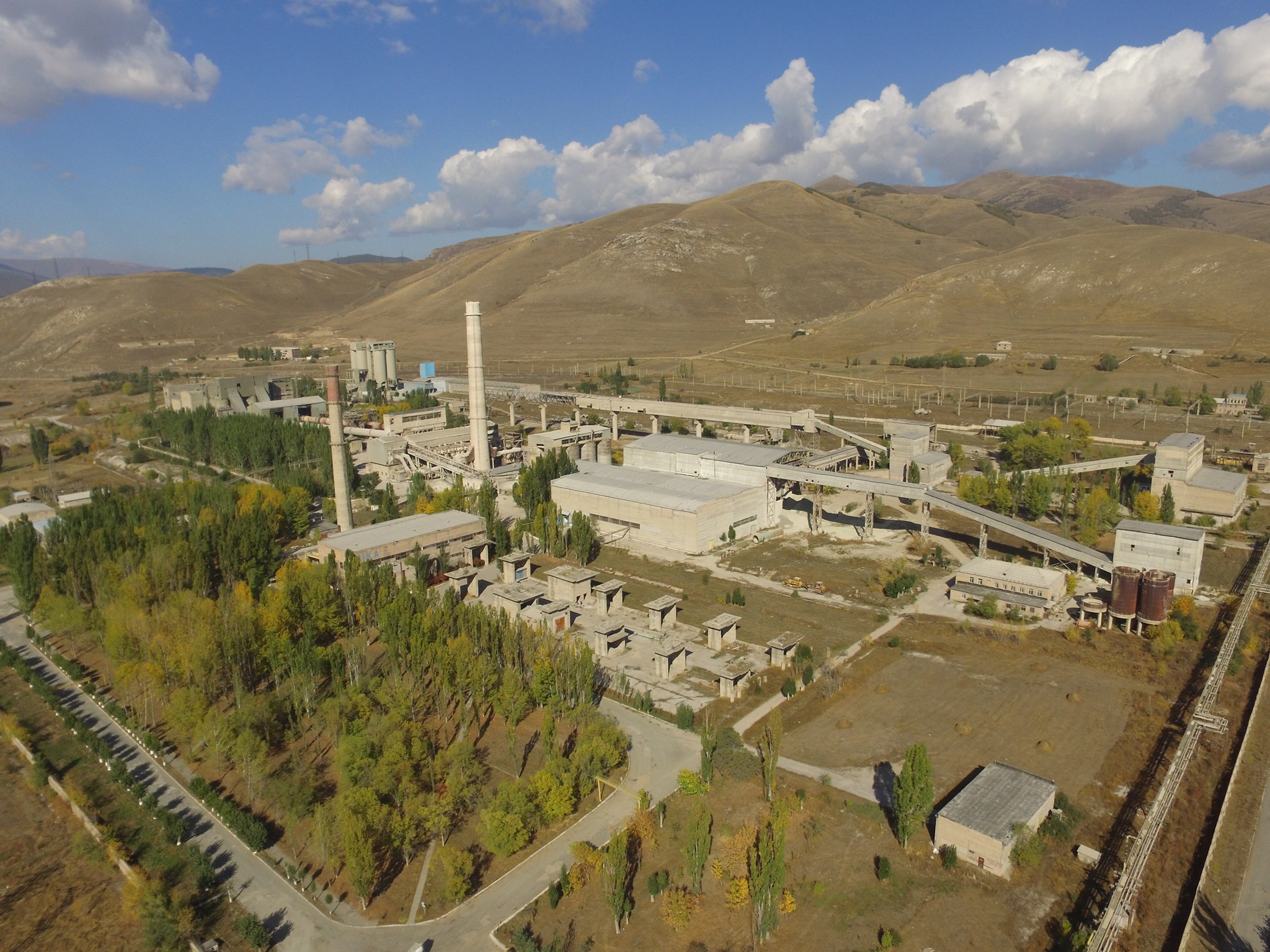 The maximum allowable concentration of airborne dust in Hrazdan has been exceeded. The local cement factory has received a fine.

On August 31, environmental activists raised the alarm that due to the operations of Hrazdan Cement Factory, air pollution levels have dramatically increased in Hrazdan and in Tsaghkadzor, the nearby resort town.

Two of the local environmental initiatives, Healthy Hrazdan and Citizen’s Voice had previously warned that the negative impact of the operations of Hrazdan Cement CJSC are experienced not just by the residents of Hrazdan, but also the two nearby communities, Marmarik River basin with its villages and the town of Tsaghkadzor.

“A year and a half ago, Healthy Hrazdan civic initiative contacted the management of Hrazdan Cement who assured the inquirers that filters are going to be installed to mitigate the situation. But so far, no problem has not been resolved,” the activists reported.

“Fact Investigation Platform” went on to find out if the concentration levels of airborne dust in Hrazdan and Tsaghkadzor have actually increased.

Air pollution in Hrazdan and Tsaghkadzor

According to the information provided by Hydrometeorology and Monitoring Center, industrial activities are not the only cause for particle pollution. It can also emerge due to transport emissions, street dust, as well as construction-related, agricultural, and other kinds of activities. In Armenia, the maximum allowable concentration (MAC) is 0.15 mg/m3.

Based on the center’s figures, the highest airborne dust concentration levels in Hrazdan have been recorded in 2017 and 2020. In both years, MAC has been exceeded. In 2017, for example, the yearly average concentration of airborne dust was 0.1805 mg/m3. The figures of 2020 indicate 0.1738 mg/m3.

In Tsaghkadzor, however, the concentration levels have been much lower and have never exceeded the maximum allowable volumes. The highest concentration in the community was recorded in 2019, indicating 0.0484 mg/m3. The town has 1 stationary air pollution monitoring station and 14 portable observation points for passive sampling. 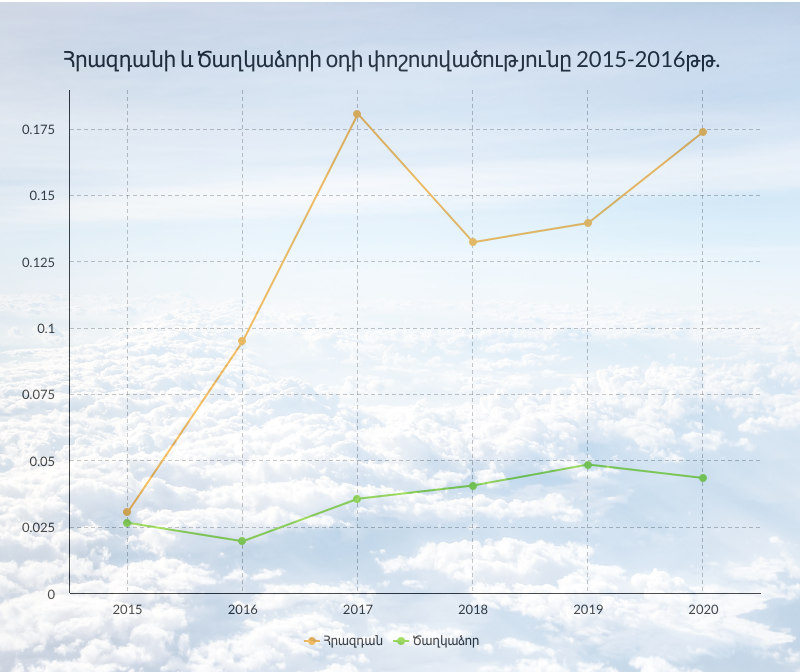 Air Pollution in Hrazdan and Tsaghkadzor in 2015-2016 (Hrazdan Tsaghkadzor)

Of  the first 8 months of 2021, January and July were the only months when airborne dust levels were not exceeded beyond the maximum allowable concentration threshold.

Diagram retrieved from the Hydrometeorology and Monitoring Center

According to the information provided by monitoring center, in August alone, the average monthly concentration in Hrazdan surpassed the MAC by 1.5 times. Just for comparison, airborne dust levels in Yerevan and Vanadzor have crossed the allowable limits only slightly, indicating 0.1518 mg/m3 and 0.1561 mg/m3 respectively.

The center’s monitoring station and observation points in Tsaghkadzor have not detected a violation of the MAC of airborne dust.

Member of “Healthy Hrazdan” environmental initiative Arsen Arsenyan told Fip.am that even though no air quality monitoring data had been stored by the monitoring center regarding Tsaghkadzor and Marmarik River basin, the air on those days was indeed noticeably polluted, dispersing along the direction of the wind.

The monitoring data collected by the Hydrometeorology and Monitoring center comes to prove that in recent years, airborne dust concentration levels in Hrazdan have exceeded the maximum allowable concentration threshold several times and that August 2021 is only one of many instances.

In Tsaghkadzor, on the other hand, the monitoring equipment have not detected any violations of the MAC, despite the numerous claims and testimonies of the town’s residents.

The Environmental Protection and Mining Inspection Body assured Fip.am that in response to the warning raised by the activists, the inspectorate has initiated an administrative proceeding in the factory. For the determined wrongdoing, the factory’s representative in charge was held administratively liable.

In addition, the company has been sued for the damage it has inflicted upon the environment due to administrative violations.

The inspection body also reported that the company is now upgrading its equipment to brand new dust extraction and collection systems that will significantly decrease the volume of harmful emissions and prevent possible technical accidents.

Let us also point out that Hrazdan Cement Factory was established in 1970.

The factory is located in the city of Hrazdan and occupies a total of 540 square meters of land area. The factory has 2 production lines, one for Portland cement and one for clinker. The annual production capacity of these lines is 1,2 million tons and 1 million tons respectively.

The negative impact of airborne dust on the health of the town’s residents.

“Depending on the type of pollutants swarming in the air, other diseases, including cancer, can also develop in people’s bodies as certain chemicals that we inhale into our body through the respiratory tract can be carcinogenic,” said Grigoryan.

He mentioned that such occurrences depend entirely on the physiological state of the body and the existence of comorbid conditions. “If the general level of airborne dust in the city’s atmosphere is high, understand how long a person has been exposed to the polluted air and whether or not they have inhaled it becomes an imperative,” Grigoryan continued.

It can be said in conclusion that in recent years, the concentration of airborne dust in the city of Hrazdan has exceeded the maximum allowable concentration levels, which can subsequently have a negative impact on the health of the local population. Following the inspections of the Environmental Protection and Mining Inspectorate conducted at the Cement Plant, the company was asked to pay compensation for the damage caused to the environment through administrative violations.