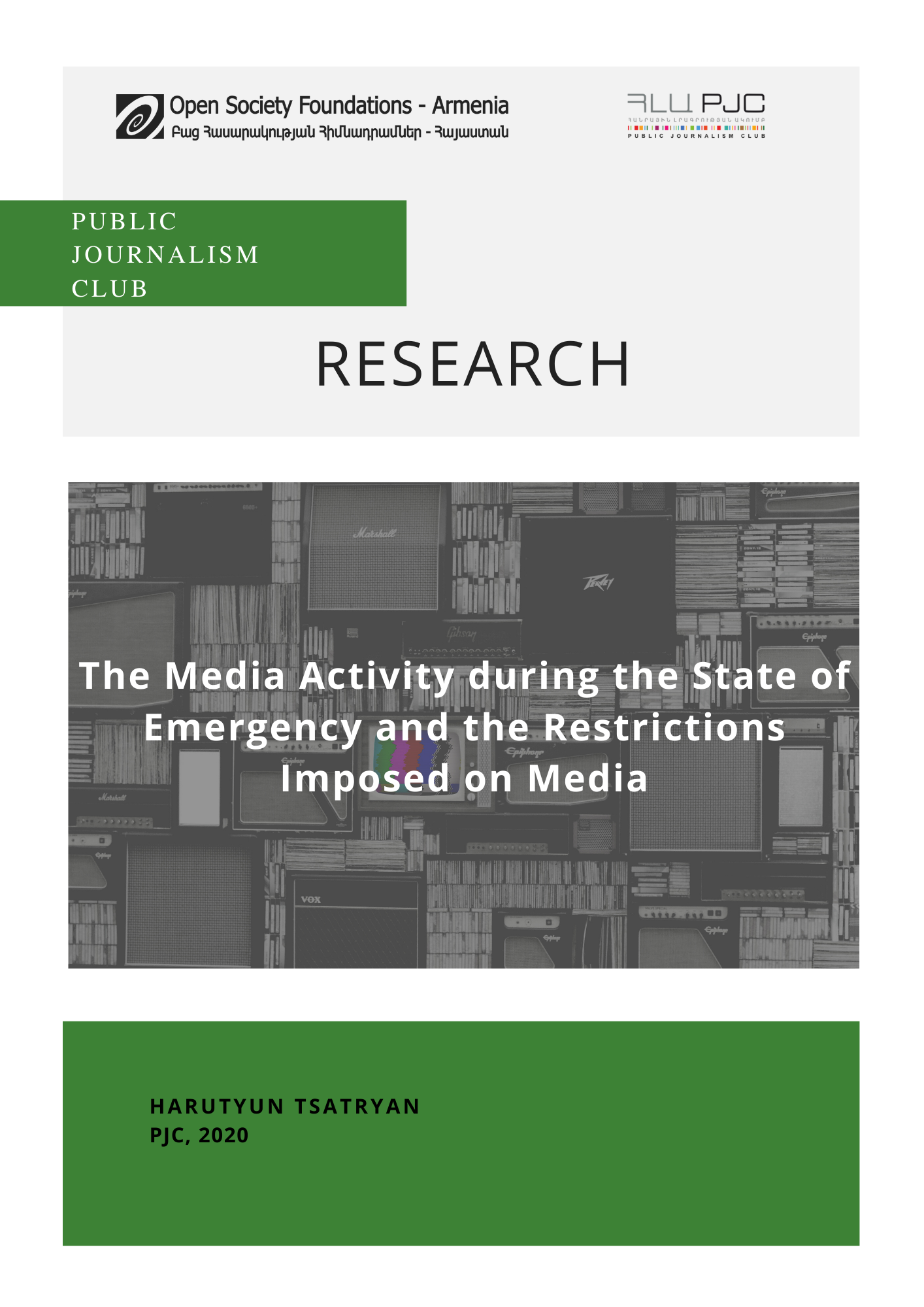 How the governments restricted the activities of the media in Armenia and in a number of other states, inducing a complicated and often incomprehensible situation for journalists and the mass media.

The Public Journalism Club publishes the report conducted on restrictions imposed on mass media during the State of Emergency.

Within the framework of “Covid-19. Rapid Response” project, by the order of the Public Journalism Club, Harutyun Tsatryan, conducted a research on legal changes to the media during the state of emergency, how governments restricted media activity in Armenia, and in a number of other countries, inducing a complicated and often incomprehensible situation for mass media.

The research consists of several components:

The research was conducted through desk research which does not contain field research components, sociological surveys, interviews. The issues formulated in each component, the restrictions imposed by the legal regulations, the decisions of the governments, the observations on the Armenian and international experience are summarized with clear facts, referring to the source of the material.

The reserach consists of 15 pages and provides accessible, comprehensive, objective and impartial observations on media performance and media restrictions.

During the state of emergency declared by the spread of a new coronavirus infection, the Public Journalism Club initiated the “Covid-19 Rapid Response” program, the implementation of which was supported by the Open Society Foundations – Armenia.