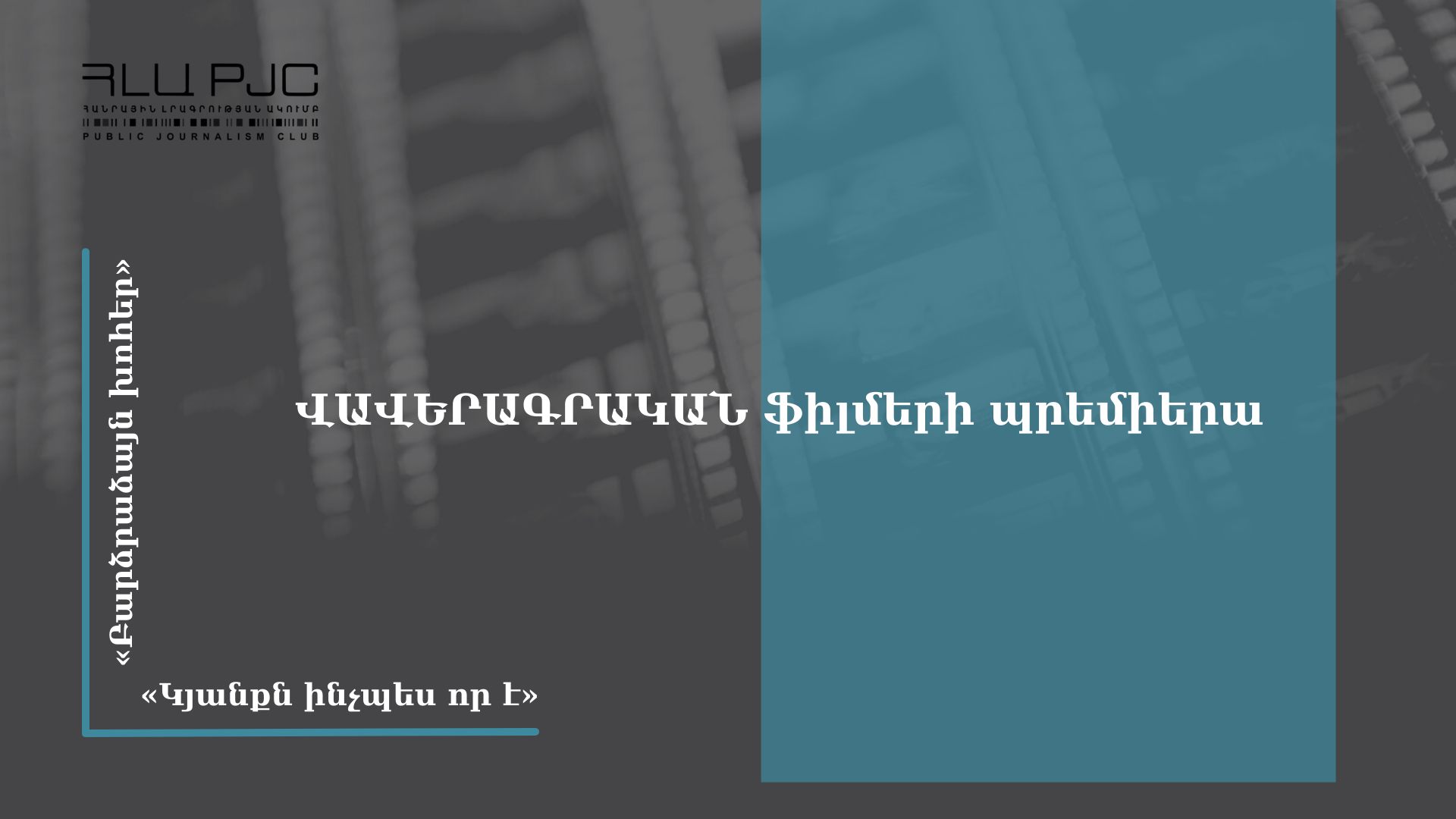 The premiere of Documentary films: “Thinking out Loud”, “Life as it is”

A year after the 44-day war, the Public Journalism Club has made the documentaries “Thinking out loud”, “Life as it is”, in which people tell about their share of war, peace, and their ideas on the future in the region.

The film “Life as it is” is the story of Arpi, Manvel, their four kids, dog, and cat. As a result of the war, they were forced to leave their home, their hometown Shushi, and settle in Abovyan city. Arpi’s brother Gevorg died during the war.

The family lives in a rented house, Manvel has a disability since 2004 when he was wounded during military service. Despite the irreparable losses, this united family is trying to find the strength to continue their lives.

The author of the movie “Life as it is” is journalist Lilit Avagyan.

In the movie “Thinking out loud” the author combines the stories of 4 people with different professions. Linguist, literary critic Amalya Soghomonyan, Doctor of Physical and Mathematical Sciences Smbat Gogyan, khachkar (cross-stone) maker Hambik Hambardzumyan and dancer, actress Christina Danielyan present their definitions of war and peace through personal stories, which divide and intersect at different points, creating one story, in which each one of us can find themselves.

The author of the movie “Thinking out Loud” is journalist Sofi Tovmasyan.

The movies were filmed in the scope of the “Fact-Checking Capacity Building of Journalists from Armenia and Azerbaijan” project. They are available in 5 languages:

“Life as it is”: Armenian, Russian, English, Georgian, and Azerbaijani